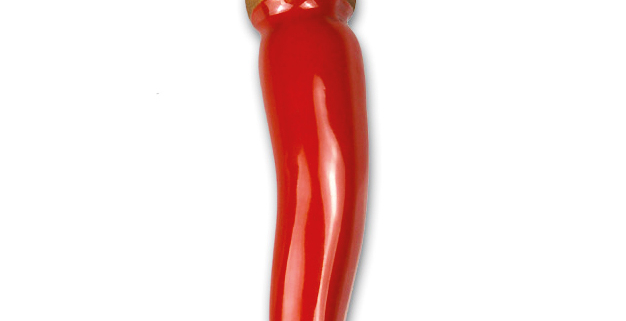 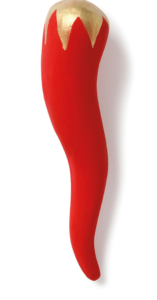 Naples is a magical city full of miracles, mysteries and superstitions

– many of which have legends to tell from hundreds of years ago.

From Saints to throwing salt over your shoulder

– if you have been to Naples then you must have seen the red horn somewhere.

So, what’s it all about?

Well, there’s just a few of many explanations.

Various phallic symbols, very close in shape to the famous “curniciello” have also been discovered during various archaeological excavations of Pompeii and Ercolano (Herculaneum).

Although many lucky horn charms and trinkets were made of silver and terracotta, coral was and may be considered as the material believed to withhold powers strong enough to defeat any evil influences…

Many so-called lucky-charms have been present throughout history – including horseshoes, found not only in original iron forms but also made of terracotta and silver – dating from Roman times – and how about hanging scissors?

The “corno” form of artisanal talisman made fortune for craftsmen and jewellers dating back to the ancient Greeks – who used them to represent and protect fertility and commonly as power against evil.

The “Neapolitan horn” seems to have been an ally of the Neapolitan population for centuries – guarding against misfortune and negativity.

The local artisans of the “corno” were already present in Naples BC – from generations to today.

– renowned worldwide for the intricate nativity scenes and cribs known as “presepe”.

This popular zone is alive throughout the year – not only during the Christmas season and is known as the HEART OF NAPLES – Centro Storico – Decumani – frequently highlighted over the years by My Country magazine. 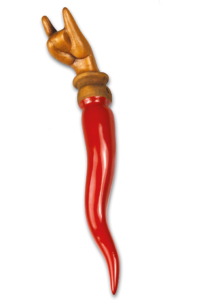 ‹ Please note: if the horn accidentally breaks – then don’t worry – it means that it has fulfilled its role to protect you!

“Being superstitious is ignorant but not being so is bad luck” 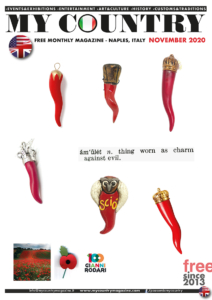