The poem “Speranza” (Hope) by Gianni Rodari was read at the closure of a UE meeting at Brussels.  “Special thoughts go to our European compatriots in Italy, where at the moment they are facing an extremely serious situation,” commented the EU spokesperson Erica Mamer – referring to the coronavirus emergency.  The poem “Speranza” was then read to end the briefing “Keeping hope to be here once again tomorrow” concluded Mamer.   (MARCH 2020 – BRUSSELS)

If I had a little shop

made of a single room

you know what? Hope.

For just a penny

I’d give one customer

And to the poor people

that have nothing to survive

I would give all of my hope

without making them pay 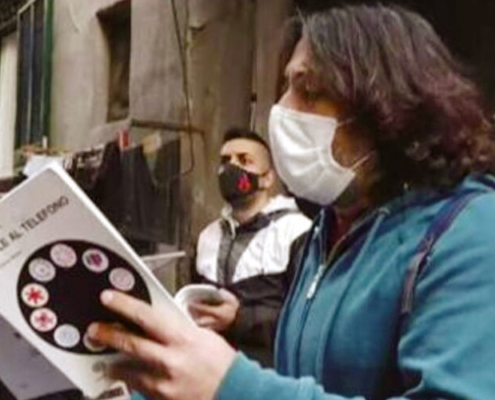 SCHOOLTEACHER READS TO PUPILS ON THE STREETS

FROM DAD TO DAB

A local teacher from the heart of Naples has started a fantastic new craze – teaching to children directly from the streets and alleys to children (and families) on balconies.

Obviously, this is not an easy time for the younger generation and the formation for the future.  This idea has also lead to a number of initiatives including reading Rodari from the rooftops. Only in Naples!

Following the last dark lockdown period, children and students are back once again to distance-learning known as DAD (Didattica a distanza), that’s sitting in front of computers, tablets and mobile phones.

But not with DAB (Didattica ai balconi) – learning from Balconies!  So, if children cannot go to school, then school can go to the children.

The local teacher Tonino Stornaiuolo had this in mind when unable to go to school he went to his students – walking throughout the characteristic alleys of the Spanish Quarters – Quartieri Spagnoli.

He chose to read (and explain) who else but Gianni Rodari.  As families, parents (and grand-parents) looked on – the lesson turned into a moment of collective joy and instantly became a viral Facebook event.

“The current situation is not easy – so, we must show the children that together, many difficulties can be overcome” commented Mr. Stornaiulo. “The emotions displayed by the children and the parents’ gratitude was overwhelming, but it is I who thank them.  The school where I teach follows an innovative approach based on teaching outside of the classroom using alternative teaching forms.

As we were working on the author Gianni Rodari to celebrate his 100th birthdate anniversary on October 23rd – the ordinance regarding the Campania region arrived – announcing school closures.  I just wanted to do something – not only for them, but also for me, as I did not want to accept once again not seeing the children for months.”

So, who was Gianni Rodari? 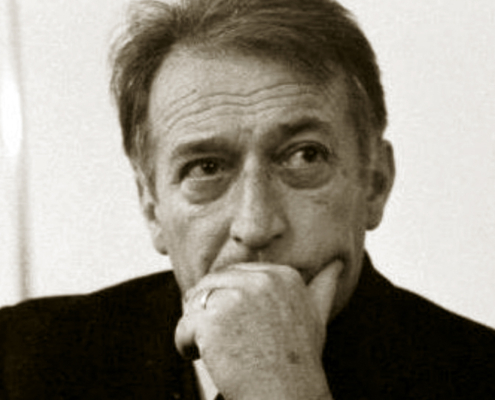 Rodari was a schoolmaster and journalist and may be considered as the greatest 20th-century author of children’s literature.  He was born on October 23rd in 1920 in Omegna (Verbania) and moved to Gavirate (Varese) following his father’s death in 1929 – where he attended university and obtained a Master’s degree to then teach in various elementary schools throughout the Varese area.  After enrolling in 1944 to the political communist movement “PCI” Partito Communista Italiano he became a party official and began to direct the weekly publication “L’Ordine Nuovo”.  He continued to work as a journalist and leftist columnist for a great number of newspapers including L’Unità, Paese Sera, Pioniere – before devoting his creativity to writing for children during the 1950’s.  Rodari created and composed a number of nursery rhymes, fairy tales, poems and novels.  His works arrived worldwide after receiving the prestigious Hans Christian Andersen Prize – the highest recognition representing children’s literature – in 1970.  His books have been translated in a number of languages. Many of his works have proven popular in English – including A Twelfth Night Story 1970, A Pie in the Sky 1971 and Tales Told by a Machine NY 1976. 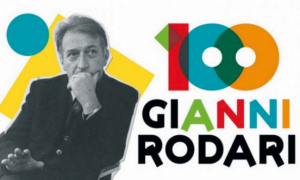 Gianni Rodari participated in numerous conferences and meetings in schools with pupils, teachers and parents during the Sixties and Seventies, where he collected a series of notes that actually formed the publication in 1973 of “Grammatica della fantasia” (Grammar of Fantasy) which became an important point-of-reference for all of those involved in education and literature for children. 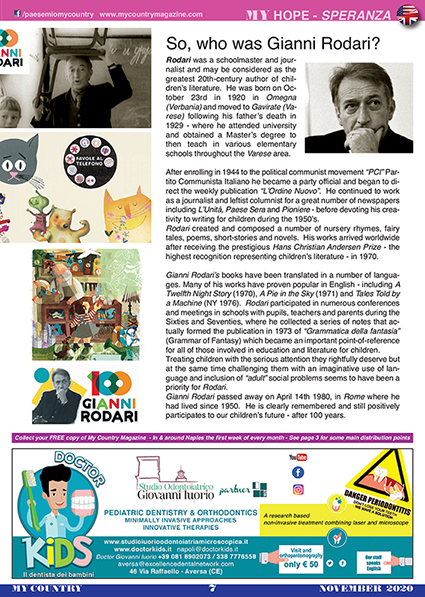 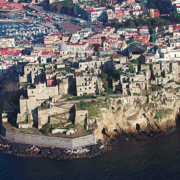 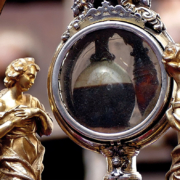 San Gennaro The Saint, the Miracle, the Museum and the Treasure… 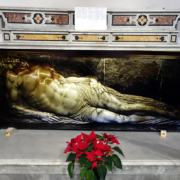 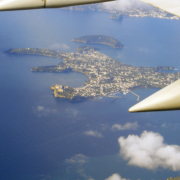 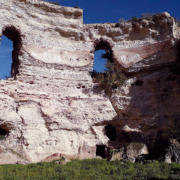 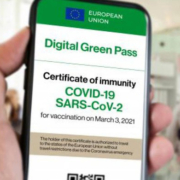