OK, so Remembrance Day/Remembrance Sunday will be slightly different this year – due to the general emergency situation.

Usually this November date is powered by an army of volunteers working around-the-clock to celebrate veterans, serving troops, families and the younger generations – to unite in appreciation for the fallen who fought during the two world wars.

Obviously as with many things, the 102nd Anniversary of the armistice which finally ended the First World War will be “somewhat different this year” according to the Veterans minister Mercer.

The traditional Cenotaph service will take place this year as usual at 11 am but will be closed to the public – for the first time in its century-long history.

Mel Waters, chief executive of military charity Help for Heroes, said: “Remembrance is an important time to remember the fallen, but also to remind the nation that many veterans are living with illness or injury and continue to need support.

“We are sorry to hear that the annual Cenotaph event is not going ahead, but the safety of those participating must be the priority.”

The celebration known as Remembrance Sunday takes place on the second Sunday of November – closest to the 11th – as the guns of WWI fell silent on the eleventh hour of the eleventh day of the eleventh month in 1918 – exactly when the Armistice was signed – marking the end of years of sufferance.  From the official Armistice Day celebrations held at Buckingham Palace in 1919 this date is celebrated throughout all nations of the Commonwealth together with many nations marking the anniversary as a day of memorial.

Every year in November, the nation marks the wars that have scarred our past and the bravery of the men and women who fought them. Remembrance Sunday and Armistice Day, which fall on Sunday November 8 and Wednesday November 11 this year, offer us all a chance to remember not just those who fought, but what they fought for. 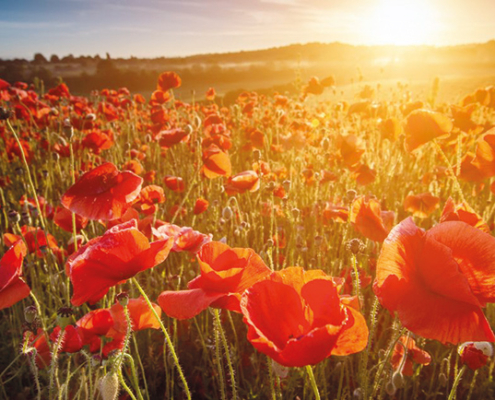 Armistice Day is also called Remembrance Day and they both refer to November 11.  This year, Armistice Day falls on a Wednesday. It is not to be confused with Remembrance Sunday which always falls on the second Sunday in November.  The Festival of Remembrance, traditionally held at the Royal Albert Hall and attended by the Queen and her family, will not go ahead in its usual format due to the current Covid-19 restrictions and social distancing guidelines.

This year, the Royal British Legion, together with the BBC, is creating a pre-recorded programme that will be broadcast on BBC One on Saturday November 7. Staff, volunteers and members of the public will not be able to attend the filming of the event.  The National Service of Remembrance at the Cenotaph usually takes place on Remembrance Sunday. This year, only members of the Royal family, international leaders and armed forces veterans will be allowed to attend the service.

In line with the latest Covid-19 rules, the annual Remembrance Sunday March Past the Cenotaph, which usually sees up to 10,000 people take part, has been cancelled. Instead, the Royal British Legion is encouraging people to mark the day at home by watching the service on TV and observing the two-minute silence at home or on their doorsteps.

Each year, November 11th is also marked around the world. After the Second World War, many countries changed the name of the day from Armistice Day to Remembrance Day, while the US chose to call it Veterans Day and made the day a federal holiday.  Veterans Day is a tribute to military veterans who have served in the U.S. Armed Forces. Not to be confused with Memorial Day that honours those who died in service, Veterans Day honours all military veterans including those still with us today. 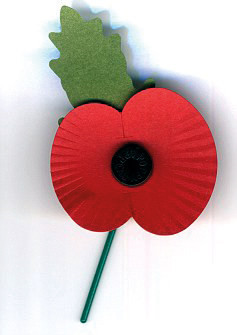 Why we wear poppies

In the spring of 1915, shortly after losing a friend Lieutenant Alexis Helmer in the Second Battle of Ypres, Canadian doctor Lieutenant Colonel John McCrae was inspired by the sight of poppies growing in battle-scarred fields to write the now famous poem In Flanders Fields.  His poem moved American teacher Moina Michael who began making and selling silk poppies to friends to raise money for the ex-service community.

Before long, poppies made their way to the UK and became the symbol of the Royal British Legion when it was formed in 1921.  The first ever ‘Poppy Appeal’ in the UK that same year raised over £106,000 for war veterans.

The following year, a poppy factory was set up by Major George Howson MC, giving jobs to disabled former servicemen.

The bright red poppy is regarded as a resilient flower, which managed to flourish despite fields being destroyed by war. 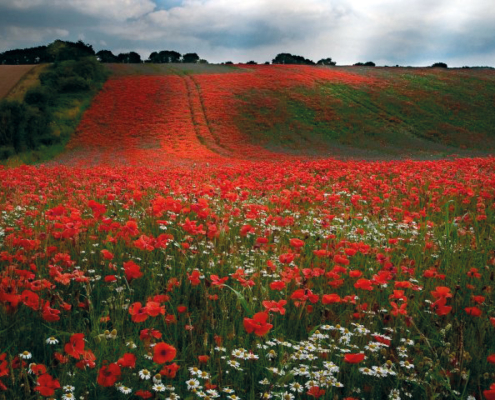 In Flanders’ fields the poppies blow

Between the crosses, row on row,

That mark our place: and in the sky

Scarce heard amid the guns below.

We are the dead. Short days ago

Loved and were loved, and now we lie

Take up our quarrel with the foe;

To you from failing hands we throw

The torch; be yours to hold it high,

If ye break faith with us who die

We shall not sleep, though poppies grow 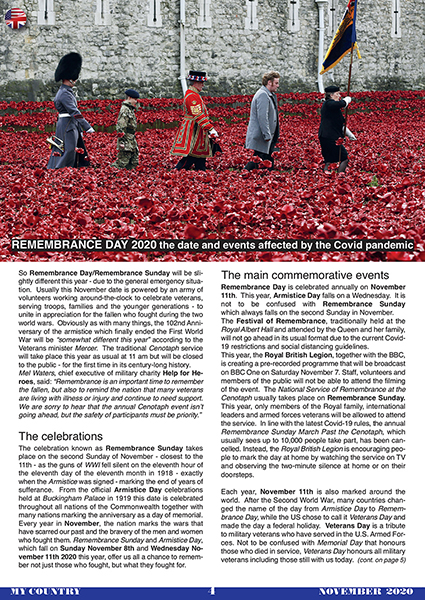